The skills of planning, time management and organization are all controlled by our executive functions, located in the frontal lobe of the brain. That area of the brain does not finish developing until as late as early adulthood, and those skills can always be improved upon!

As professional organizers, our clients sometimes struggle with these skills, and this affects their ability to stay organized. For example, I’ve had clients who lose money on shopping returns because they put off taking it back until it’s too late. Some struggle to get their taxes in on time and pay penalties, and others are simply always running late because they procrastinate and then throw off their entire day.

And though we are organizing experts, even pro organizers experience this sometimes

Here’s a real example that happened to me last week. I am sharing it with you in the hopes that it will linger in your memory next time you feel the urge to procrastinate, and help you to organize into action!

I have used a certain cell phone carrier for several years now (I won’t tell you the name, but it rhymes with horizon). Though have paid an astronomical monthly sum since becoming a customer, I hesitated to move to a different carrier. The reason for this refusal to switch was on a story that I told myself. This story was not based on research, but only on my assumptions about what would be involved in making the change.

Here’s What I was Telling Myself

So I waited three years to make a move on this project. I told myself repeatedly that I would do it before the next bill, but never did. When I realized that another month had slipped by, I told myself one of the aforementioned 6 reasons for not acting and let it go – for a while. But I always circled back to the feeling that I was losing money and needed organize a solution.

Then I Took Action – And Here’s What Actually Happened

Last week, I needed a new phone and couldn’t put it off any longer. I called the cellular company my husband had been using and liked.

I spent a total of 20 minutes on the phone with them. That’s how long it took for them to tell me that I could keep my number, that they would call my old company and end my relationship with them for me, and that I would not have to pay any fees to cancel. They sent me my new phone and I received it in the mail two days later.

It took an additional 10 minutes for me to activate my new phone and move my data (I had a great experience using the free app, Copy My Data).

Total estimated amount I lost over three years of wanting to switch companies and not taking action: $2,520 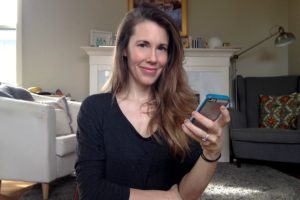 A Happy Organizer with her New Phone

If I had just done a little research and asked around (eg: initiate the task), and then made a quick call (follow through on the task), I would have found that my story was all wrong.

And yes, I could have discovered that my story was correct – apart from #6 – and that would have been fine too, because I would have eliminated HOURS of thinking about doing this one thing. Just think of all that brain space I could have freed up even if my story had been right and I had that knowledge!

The moral of the story is: sometimes the dreading is worse than the doing. And dreading indefinitely can cost you money, piece of mind and energy for other, more productive things.

I challenge you to take control today and act on one thing you have been putting off.

UPDATED EDIT: It has been two weeks since changing carriers and so far, I’m loving it! My coverage is not quite as good in rural areas, so if that is an issue for you, it’s something to think about and research a bit before you make a switch. For me, it is still not a deal breaker.